Paul Sandby - a biography:
Sandby was born in Nottingham where his father was a frame work knitter; his elder brother, Thomas, with whom Paul's career is inextricably linked, was born in 1723. Both brothers had moved to London by the early 1740s, where Paul was employed by the Military Drawing Office at the Tower of London.

In the latter half of the 1740s, Sandby was in Scotland, employed as a military draughtsman by the English army. Following the Scottish uprising in 1745, the English had decided that a greater knowledge of Scottish topography was needed in case it was necessary to quell further rebellion.

Early in the 1750s Sandby was back in London, though he spent some time during this decade in Windsor, where Thomas was appointed Deputy Ranger of Windsor Great Park.

Throughout the 1760s the brothers were prominent figures on the London scene, playing major roles in the establishment of the Royal Academy of Arts (1768). The same year that the Academy was established, under the patronage of George III, Paul took up the position of Drawing Master at Woolwich Royal Military Academy, a post he held until 1796.

In the 1770s, Sandby travelled extensively in Wales and England in search of the picturesque landscape and until the 1790s he enjoyed a successful career. By the turn of the century his topographical style had become unfashionable with J.M.W. Turner and Thomas Girtin better embodying the new subjective -or romantic - approach to the landscape. The last years of his life were lived in straitened circumstances, as he pathetically observed: '... like a fox, I have many shifts, but none will make me independent so I must drive on until death drops me in a hole'.

The provenance of the collection:
In 1971 the State Government of Victoria generously made a special grant available to the Hamilton City Council for the purchase of the Sandby Collection then belonging to Mr Charles Gaussen, of Gringegalgona.

In 1786, Gaussen had bought a notable country property named Brookmans Park, Hatfield in Hertfordshire. Unfortunately, in 1891 a fire destroyed the main house at Brookmans Park, and, with it, much archival material, so it is difficult to delineate the precise details of how Gaussen acquired his Sandbys. It is known however that Samuel Gaussen had loaned money to the art dealer Antonio Poggi who by the end of the 1700s had run into financial difficulties. Poggi had a large collection of Sandby works and it seems likely that Samuel Gaussen had acquired these around the time of Poggi's public auction in April 1801.

In the 1920's members of the Gaussen familty moved to the district. The Sandby collection had been in storage in the U.K until 1951 when Charles Gaussen arranged the transport of them to Australia, the process having been delayed by the Second World War. 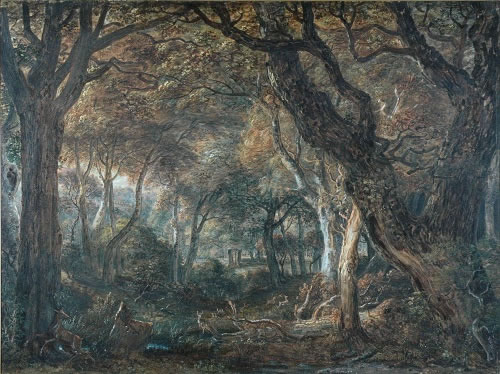 A SCENE IN WINDSOR FOREST 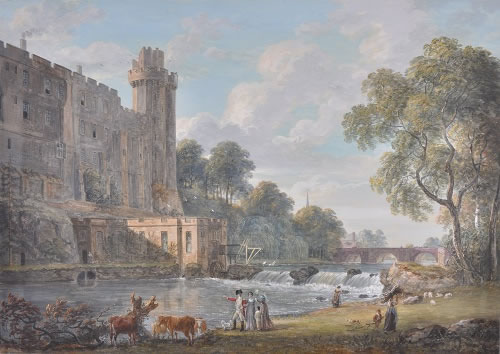 CAESAR'S TOWER AND PART OF WARWICK TOWER FROM THE ISLAND 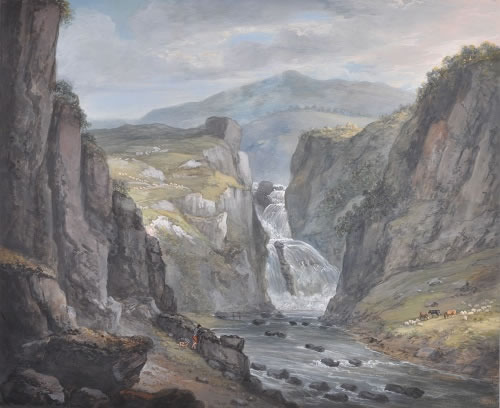 FALL OF THE POLUFUCA ON THE RIVER LIFFEY 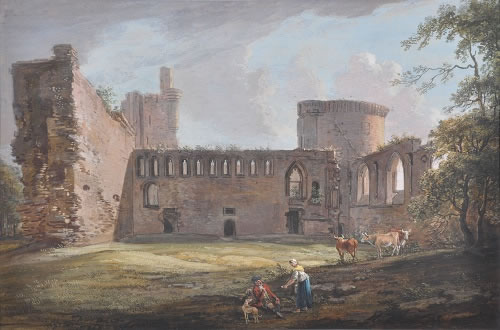 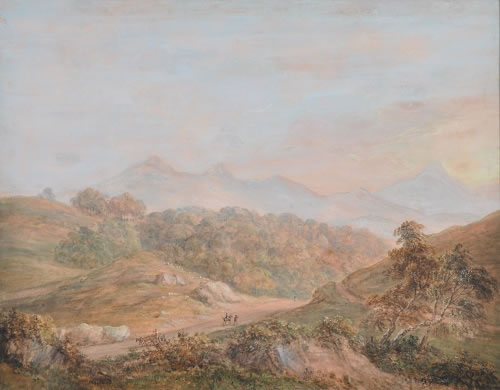 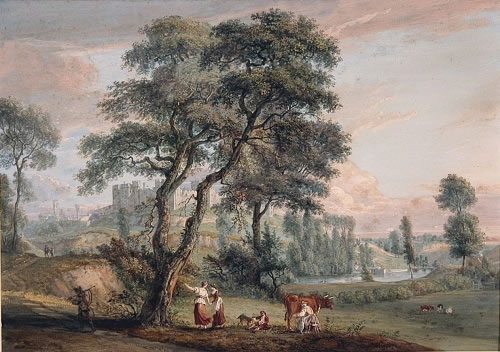 PART OF THE TOWN AND CASTLE OF LUDLOW IN SHROPSHIRE 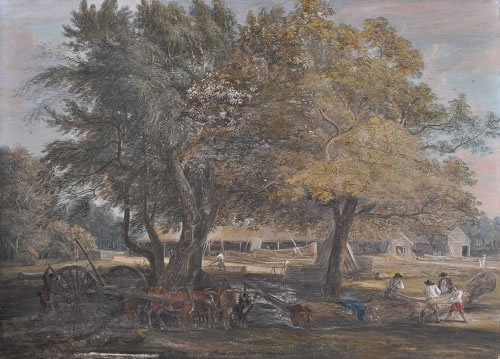